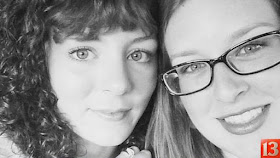 The month celebrating pit bulls ended 30 days later, after forty or fifty known attacks on humans, two of which were fatal, and dozens of attacks on our More Vulnerable Animal Companions. A few of the more notable attacks are listed below.

This astonishing 31-day sampling of pit bull attacks is a tip-of-the-iceberg indicator of the many attacks that actually occurred. It is difficult to know with certainty the true number of pit bull attacks. Dog Attack Statistics, the authoritative, cumulative report, is a log of the most serious attacks.1  The new victims' advocacy web page has compiled a compendium of statistics from 45 states.2

The list below is a one-month sample of what should be undertaken, on a comprehensive scale, for an entire year, by an impartial public safety or victims' organization: a database which logs every pit bull attack requiring a visit to a doctor, gleaned from public health offices, state veterinarians, and other uncensored sources.

City councils and legislatures have been intimidated by advocates of fighting breeds. The sheer weight of evidence such a database provides would compel even the most timid politicians to pass public safety legislation.

Sources:
The list below includes only a few of the more notable pit bull attacks during October 2015, National Pit Bull Awareness Month. The list begins with the most recent attack, listing the attacks in reverse order.

Mom told son to lie about pit bull attack to save dog, complaint says
October 30, 2015; Journal Sentinel (Milwaukee WI)
A woman whose 3-month-old son was mauled by her pit bull when she left him alone with his 8-year-old brother told the brother to lie about what happened in order to protect the dog, which had previously bitten the older boy in the face, according to a criminal complaint.

Pitbull euthanized after attacking Clearfield boy
October 28, 2015; Salt Lake Tribune
. . . the boy sustained broken ribs, a facial bite that nearly removed an ear, and multiple slashing wounds on his stomach so severe that paramedics found him with his intestines on the point of spilling out.

Father of girl attacked by pit bull: 'I tried to protect my daughter'
October 9, 2015; NJ.com

Notes:
1   Dog Attack Deaths and Maimings, compiled by Merritt Clifton, logs only the most severe attacks in which the victim is killed or disfigured. See the following paragraph to view or download the report.
2   Bites,  Bans, and Deaths by State